A Personalist ethos was always central to Bernard Charbonneau’s lifelong engagement with media issues, from his first article in Esprit (April 1935) presenting “La publicité” as fundamentally inimical to the person it conditions as a consumer-automaton, to his November 1991 articles in Vice Versa and Combat Nature on “information-publicité-propagande” as a single technical phenomenon—whether practiced by the market or the State, through his 1986 book La Société médiatisée (only published in 2021 and now being translated on a serialized basis at Christian Roy is creating translation of rare texts on Media Ecology/Personalism/Symbolism | Patreon). Mediatized society is to be countered by de-socialization, to re-personalize people in spontaneous associations, e.g. networks of “press clubs” —small-scale information-gathering circles practicing an “exegesis of commonplaces” and grassroots media detox as a Personalist revolutionary tactic Charbonneau attempted to implement with Jacques Ellul in the late 1930s, advocating it to the end of his life. 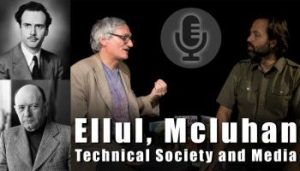 For a range of subscription fees, along with other perks, you get exclusive access to this timely addition to the Media Ecology canon, the second Charbonneau book available in English after my translation of The Green Light: A Self-Critique of the Ecological Movement at Bloomsbury in 2018. — Christian Roy 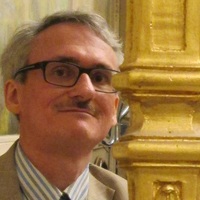