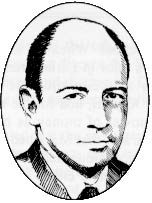 “His questioning claims my whole person and leaves no part untouched.”

Jacques Ellul explicitly acknowledged his intellectual debt to three authors, from whose springs his own thought was nourished: Karl Marx (1818–1883), Søren Kierkegaard (1813–1855), and Karl Barth (1886–1968). If Marx inspired his social critique and Barth his theology, Kierkegaard would be his supreme reference for both aspects of his thought. And if Ellul eventually distanced himself from the first two authors, he would remain to the end a faithful heir of the Danish philosopher.

Jacques Ellul discovered Søren Kierkegaard at the age of 18—one year, that is, after his conversion—and stated that he read his entire body of work, as he did that of Marx. Ellul found in the Danish philosopher a veritable spiritual brother, (2) toward whom he showed a true empathy because he stood in sharp contrast from other philosophers: “All philosophers have always seemed to me out of touch with reality,” he said. “They were only in their heads. . . . Kierkegaard gripped me because he spoke to my being. I realized suddenly that there was a world of distance between pure intellectual activity and thought that is integrated into one’s life. I have a love of Kierkegaard that I have kept my entire life.” (3)

The first point to attract Jacques Ellul was the radical nature of Kierkegaard’s faith, which refused to compromise with the World and all its conformisms in order to follow Christ unconditionally. According to Kierkegaard, there is no continuity between man’s activity and the Kingdom of God; man cannot do good on his own. Like Kierkegaard, Jacques Ellul contended strongly against the values of society: technique, politics, economics, and even religion (which is not the will of God but the divinization of man). In contrast to religion, the leap of faith, understood as a plunge into the absolute, without any security, is the only way to exit the absurd. For Kierkegaard, each individual is a unique being whose absolutely singular nature is due to the exceptional, irreducible, and ineffable relationship that he has with his Lord and Savior. Ellul found in Kierkegaard’s depiction of God, who is simultaneously the Wholly Other, the Unconditioned, and the Wholly Near, the one who accompanies man throughout his life. And finally, Ellul would take inspiration from Kierkegaard’s sharp, forthright critique of a Church that had betrayed the original message of Christ. This last point is particularly clear in The Subversion of Christianity, (4) which is surely the most kierkegaardian of Jacques Ellul’s books (indeed, it begins with a fairly long quotation from the Copenhagen philosopher, as an epigraph). 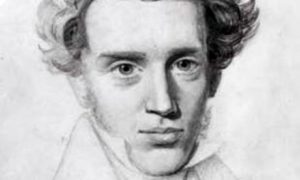 Kierkegaard’s thought can be summed up by the primacy of subjective existence over speculative thought. This is why Jacques Ellul refused to acknowledge the existentialist movement, which claims to place existence within a system (a complete contradiction!). And he argued several times with Jean-Paul Sartre, who betrayed Kierkegaard in a double sense: by his systematization and by his atheism. For the second fundamental dimension of Kierkegaard’s work is the central and decisive status reserved for Scripture, by which all speech and action are assessed, in society as in the Church. Here again, Jacques Ellul can be placed precisely in the line of Kierkegaard. As he said in the introduction to his work on ethics, “The criterion of my thought is biblical revelation, the contents of my thought is biblical revelation, biblical revelation provides my starting point, my method is the dialectic by which biblical revelation is given to us, and my object is to seek out the meaning of biblical revelation for Ethics.” (5) This is why Ellul’s and Kierkegaard’s theological work takes the form of a biblical meditation; (6) the author lets Scripture direct his thought instead of seeking to synthesize the biblical material with a philosophical system. In refusing all scientific exegesis, they invert the usual approach by subjecting the modern world to a critique infused by biblical revelation.

In addition, Kierkegaard and Ellul both structured their work in a dialectical manner. For Kierkegaard, this was between an aesthetic pole that seeks to attract the reader and a religious pole that seeks to edify him. For Ellul, it was between a pole of sociological critique and a counterpoint that is biblical, theological, and ethical, even confessional. But in both cases, the normative pole was Christianity. There is no question of reconciling faith and culture (so-called Christian culture in Kierkegaard’s case, technical and modern culture in Ellul’s), because they are contradictory. They must therefore be confronted, without the hope of synthesis. Our two authors also sought to enter into an existential communication with their readers, not in order to provide them with readymade answers but to lead them to critical consciousness and responsible decisions. Neither of them wanted disciples, and there can be no kierkegaardian movement or ellulian school.

By reason of all these affinities between our two authors, Jacques Ellul never brought any critique to bear against Søren Kierkegaard (a thing too rare to leave unremarked). In the preface to Nelly Viallaneix’s imposing study of Kierkegaard, Ellul sets forth what the Danish philosopher meant to him: “It is not so much his thought that is evocative or exemplary, it is “him-in-his-thought.” . . . His questioning claims my whole person and leaves no part untouched. Normally, in my reading, the critical mechanism of thought arises right away and I am prompted to respond, “Yes, but . . .” The authors who have had the greatest influence on me have made me think reactively. I have never followed a system. With regard to Barth himself, I always held a critical distance. There is nothing like this in my relation to Kierkegaard. With him, I just listen. I do not try to imitate, or to the apply methods or concepts. I am brought back to myself in a mirror that illuminates thoughts, contradictions, exigencies, presence toward life, and presence toward death. Brought back to myself, but not at all the same as I was before reading such or such a text. Questioned. With my back to the wall, by a singular relationship that denies me any escape. I listen. I do not contest Kierkegaard’s thought, but I feel obligated to respond, to respond to another than to Kierkegaard himself.”

Thus Jacques Ellul appears as one of the most faithful successors of Kierkegaard but also paradoxically one of the least known, particularly in France, among those who represent the kierkegaardian world.