The Intellectual Proximity of Jacques Ellul and René Girard

by Guillaume Joseph (University of Strasbourg)

“I find in Ellul many ideas that I share with him completely. In some ways I am trying to do something similar (in the ancient context) to what he has done (in the modern context).”  — interview with Girard by David Gill

The overall thought of Jacques Ellul was constructed in dialogue with many interlocutors. In addition to his three main sources (Kierkegaard, Marx and Barth), Ellul confronted many other authors (Nietzsche, Sartre, Ricœur, Freud, and Bonhoeffer, to name a few). Many times, Ellul developed his own thought in critical relationship and polemical perspective with his various interlocutors.

But there are exceptions: Ellul does not hide his intellectual affinities with some rare authors whom he takes care not to criticize, and for whom he shows a real esteem. René Girard (1923 – 2015) is one of them. Despite great differences in theoretical approaches and perspectives, the thinking of Girard and his situation in the French intellectual field in the second half of the 20th century presents many elements of commonality with Ellul.

In many ways, both can be considered as marginal authors in France for similar reasons.

First of all, like Ellul, Girard is a polygraph author, unclassifiable on a disciplinary level.[1] As a chartist by training, and a professor of literature in the United States, Girard is the author of a transdisciplinary work bordering on literary criticism, psychology, sociology, political science, history, anthropology and theology. Girard’s thought is presented as a series of hypotheses forming a system: it is first a theory of desire, then a theory of religion and, ultimately (in an evolutionary framework) of a fundamental anthropology of which one side is scientific and the other—scandalously, for a late-twentieth century French intellectual—is theological[2]. Both have come up against a number of taboos and practices in the scientific community, especially the trend towards specialization.

Secondly, like Ellul, Girard lived far from the center of Parisian intellectual life; Avignon native René Girard lived in the United States from 1947 onward, spending most of his university career there.[3] For his part, Ellul will settle into his native Bordeaux at the end of the Second World War and will teach at the Faculty of Law of Bordeaux and at the Institute of Political Studies. He will remain in Bordeaux until the end of his life.

In addition, both are at odds with the great intellectual fashions of their time: neither existentialist nor Freudian, neither structuralist nor Marxist, Jacques Ellul and René Girard each constructed an original thought inscribed in a demanding and critical dialogue compared to these great schools of thought.

Finally—the height of disgrace—Girard, like Ellul, claims to be Christian, specifically in the context of the 1960s which was marked by visceral anti-Christian sentiments. This reference immediately discredits any thinker who mobilizes such an identity. 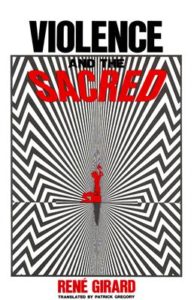 Note also that if these two authors were marginalized in France, they both benefited from recognition during their lifetime in the United States. Girard was appointed a a professor at Stanford University in 1981, the prestigious Californian university, where he taught until the end of his university career in 1994. While Ellul encountered great difficulties in publishing his first major work in France, La Technique où l’enjeu du siècle,[4] Aldous Huxley, an admiring reader of this book, facilitated its translation and publication in the United States in 1964. The book went on to be a great success, ensuring Ellul’s notoriety across the Atlantic throughout the second half of the twentieth century.

However, this proximity should not erase their differences; the work of Ellul did not have the same resonance in France as that of Girard. As he was inducted into the French Academy in 2005, the latter, designated by Michel Serres as the “new Darwin of human sciences,”[5] benefited from late recognition of his work during his lifetime. Ellul did not benefit from this same recognition, but his work has known for several years an increased interest, as evidenced by (among other things) the recent and regular re-editions of many of his works.

Beyond the symmetry/asymmetry of their positions in the French intellectual field of the second half of the twentieth century, the two thinkers have shown mutual esteem, and they mutually recognize an intellectual proximity.

As for the work of René Girard, we have found no explicit reference to Ellul so far. But in a 2005 issue of the journal Ellul Forum devoted to the relationship between the two thinkers, Girard grants an interview to David W. Gill which allows us to take stock of the shared convictions between Ellul and Girard. Particularly, Girard says of Ellul: “I am mostly interested in his views as a sociologist of religion in the modern world. By contrast, I am an anthropologist of religion interested in the contact and opposition between archaic religious phenomena and Christianity. I find in Ellul many ideas that I share with him completely. In some ways I am trying to do something similar to what he has done.”[6]

Ellul makes several references to Girard (at least eight times). Based on these references, it can be assumed that the discovery and recognition of the work of Girard by Ellul took place in the late 1970s. 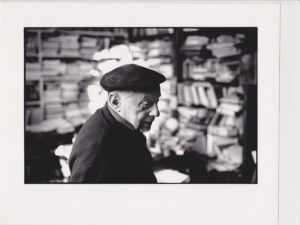 In L’idéologie marxiste chrétienne,[7] a work devoted to denouncing the hybridization between Marxism and Christianity in his time, Ellul enthusiastically welcomes the contribution of the Girardian exegetical method. He notably underlines the fruitfulness of the distinction between sacrificial reading and non-sacrificial reading of biblical texts. On this occasion Ellul demonstrates his interest in the anthropological intuitions of Girard which allow us to go beyond the reductionism of materialist approaches.

This interest in the anthropological proposals of R. Girard is explicitly underlined by Ellul in Anarchy and Christianity when he questions the possibility of a truly anarchist society on the grounds that there is no good human nature. Ellul refers to Girard to define what constitutes for him the two fundamental anthropological characteristics: lust and the spirit of power. For Ellul, “Girard has perfectly shown the consequences of this lust. No society is possible with people who compete in power with each other, or who covet and will find themselves coveting the same thing.“[8]

But it is in a posthumous text of ten pages published in 2014 in Théologie et Technique,[9] entitled “Intermezzo instinctif et non scientifique” [Instinctive and Unscientific Intermezzo] that Ellul gives a detailed account of his interest in Girard. Ellul is particularly interested in Girard’s 1965 essay Dostoïevski. Du double à l’unité.[10] It is Girard’s reinterpretation of the underground pride in Dostoevsky that catches his attention. Ellul draws a structural analogy between the Girardian reading of the Dostoevskian underground and his analysis of Technique. This rapprochement allows him to sketch a theoretical figure articulating a double structure composed by an internal and subjective face, that of the underground pride, and an external and objective face, that of Technique. The two structures interact and feed on each other. By establishing a reciprocal link between development of technique and the intersubjective dynamics of mimetic rivalries in modernity, Ellul finds in Girard an anthropological anchor for his analysis of the Technique, the stakes of which remain to be studied.

“By establishing a reciprocal link between development of technique and the intersubjective dynamics of mimetic rivalries in modernity, Ellul finds in Girard an anthropological anchor for his analysis of the Technique.” — from the conclusion