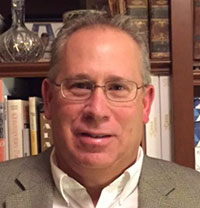 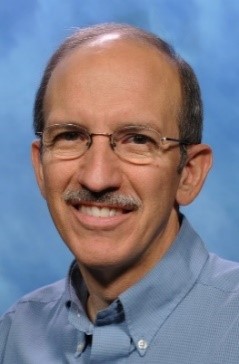 Mark Baker holds an MA in biblical studies from New College Berkeley and a PhD in theology and ethics from Duke University. He is professor of mission and theology at Fresno Pacific Biblical Seminary and has written books and articles in English and Spanish, including some that interact with Ellul’s thought, such as Religious No More (1999) and Galatas (2014). He served as a guest editor of the Ellul Forum (#46). 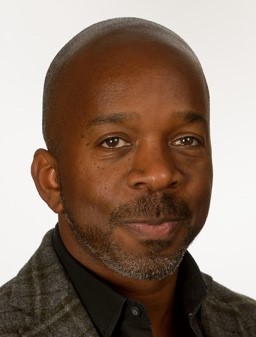 Michael Bennett is Associate Research Professor in Arizona State University’s Center for Science & the Imagination. He has also held faculty positions at Northeastern University School of Law, Vassar College, the University of Michigan, Michigan Technological University, and the University of Virginia. His doctoral dissertation explored issues of “autonomous technology” and politics. He has published extensively, especially in a steady stream of provocative, theoretical articles in law journals. Michael holds the B.S. in applied physics from Florida A&M University, the J.D. from Harvard Law School, and Ph.D. in Science & Technology Studies from Rensselaer Polytechnic Institute (under Langdon Winner). Among his fields of study are nanotechnology policy, intellectual property and science fiction & philosophy. 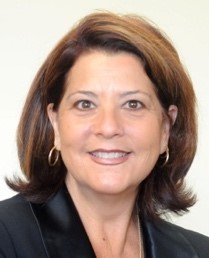 Stephanie Bennett is Associate Professor of Communication and Media Studies at Palm Beach Atlantic University in Florida, where she teaches Communication Ethics, Social Issues in Mass Media, and seminars exploring the connections between technology, interpersonal communication, faith, and culture. Her doctoral dissertation was on The Disappearance of Silence:  A Dialectical Exploration of the Interpersonal Implications of Personal Mobile Media as Viewed through the Lens of Jacques Ellul’s la technique. Her most recent book is Communicating Love:  Staying Close in a 24/7 Media-Saturated Society. 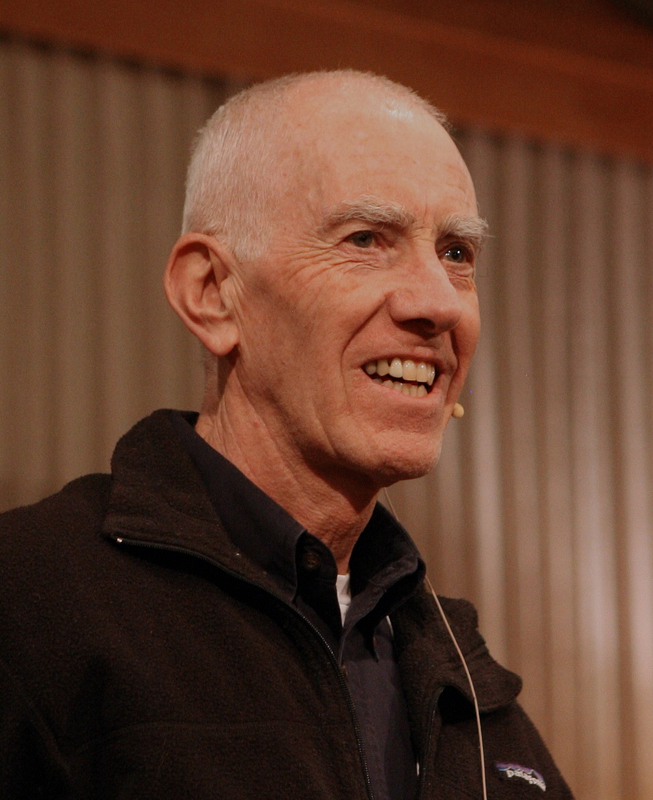 Albert Borgmann is Professor of Philosophy at the University of Montana, specializing in the philosophy of technology. Certainly among the leading analysts and critics of technology and its impacts on all aspects of individual and social life, his many publications include Technology and the Character of Contemporary Life: A Philosophical Inquiry (1984), Crossing the Postmodern Divide (1992), Holding onto Reality: The Nature of Information at the Turn of the Millennium (1999), and Power Failure: Christianity in the Culture of Technology (2003) 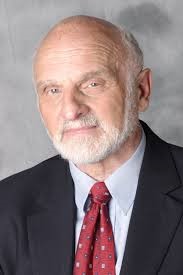 Walter Brueggemann is William Marcellus McPheeters Professor of Old Testament Emeritus at Columbia Theological Seminary. He is the world’s leading interpreter of the Old Testament and is the author of numerous books, including Westminster John Knox Press best sellers such as Genesis and First and Second Samuel in the Interpretation series, An Introduction to the Old Testament: The Canon and Christian Imagination, and Sabbath as Resistance: Saying NO to the Culture of Now. 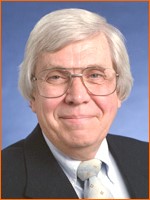 Clifford Christians is Emeritus Professor of Communications and Media Studies at the University of Illinois, Urbana.  His PhD dissertation (Illinois, 1974) was on “Jacques Ellul’s La Technique in a Communications Context.”  He is co-editor of Jacques Ellul: Interpretive Essays (1981) and author or editor of thirteen books and hundreds of essays, chapters, articles, and reviews in the field of media ethics.  He has been a distinguished scholar or visiting professor at Chicago, Princeton, and Oxford.  He served as Editor of the Ellul Forum (2000-2012) and was a founding member of the IJES Board of Directors. 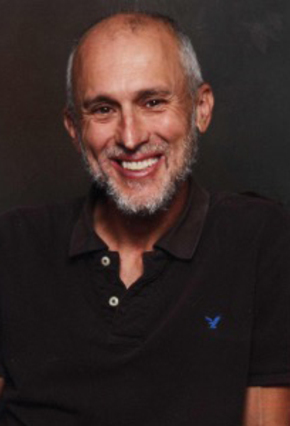 Robb Davis holds a master’s degree in public health and a PhD in population dynamics from Johns Hopkins University. He has over twenty years’ experience in international development in the field of maternal and child health and nutrition. He was Executive Director of the Mennonite Central Committee. He was elected to the Davis, California, city council in June, 2014 and became mayor in July, 2016. Robb’s article “Our Food System Equation” (Fall 2010) and interview “Bringing Ellul to the City Council” (Fall 2016) appeared in the Ellul Forum. 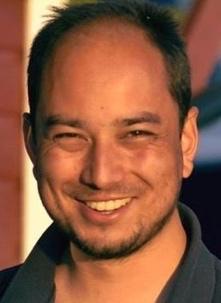 Jerome Ellul is a photographer, film-maker, and “family archivist” whose current major project is a documentary introduction to the life and thought of his grandfather Jacques Ellul.  Jerome is the son of Jean Ellul, eldest son of Jacques and Yvette Ellul.  Jerome has participated in the 2012 (Wheaton), 2014 (Ottawa), and 2016 (Berkeley) conferences of the International Jacques Ellul Society, as well in colloquia and conversations in France, often sharing previews and rough cuts of his work-in-progress providing rare audio and video glimpses of the life and work of Jacques Ellul. 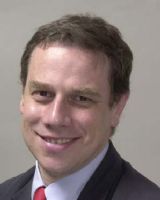 Andrew Goddard earned his PhD at Oxford University (UK) and is the author of Living the Word, Resisting the World: The Life and Thought of Jacques Ellul the definitive English language introduction to Ellul’s life and thought.  He served as a member of the Faculty of Theology in Oxford University from 1999 to 2008 and as Tutor in Christian Ethics at Trinity College, Bristol from 2008 to 2011.  He is now Associate Director of the Kirby Laing Institute for Christian Ethics at Tyndale House, Cambridge.  Andrew was a founding board member of the IJES.

Jeffrey Greenman (MA, Oxford; PhD, Virginia) is President & Professor of Theology and Ethics at Regent College (Vancouver BC).  Jeff is author, co-author, or editor of eleven books, including Understanding Jacques Ellul (2012), The Sermon on the Mount through the Centuries; and The Decalogue through the Centuries. Prior to his career in theological higher education he held government posts in education and juvenile justice and was Canadian Executive Director of African Enterprise, a mission organization focused on evangelism, leadership development, and racial reconciliation in urban Africa. 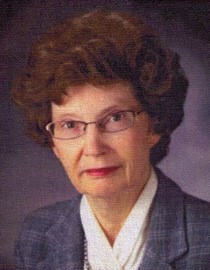 Joyce Main Hanks (PhD, Washington University) taught French in Costa Rica and Argentina and served until her retirement as Professor in the Department of Foreign Languages at the University of Scranton (PA). She is the translator of several books by Jacques Ellul including The Humiliation of the Word (1985), Jesus and Marx (1988), and Reason for Being (1990). Her extraordinary and relentless research also produced: Jacques Ellul: A Comprehensive Bibliography (1984, with later follow-up volumes) and the 500-page masterpiece, The Reception of Jacques Ellul’s Critique of Technology: An Annotated Bibliography of Writings 0n His Life and Thought (2007).  Joyce was a founding board member of the IJES. 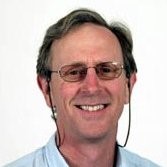 Bruce Mackay is the son of missionaries in South India but moved to New Zealand in 1960. He has degrees in Horticulture, Landscape Architecture, and Ecology.  He has worked extensively in local government and private practice as a landscape designer, recreation planner and ecologist in New Zealand and the UK for over 30 years. He has been involved with the South Pacific Christian Anarchist movement and with small Christian Anabaptist groups in Birmingham UK (Peace Church) and in Hamilton, New Zealand (Ex-iles). He discovered Ellul’s work about 1978. Eager to read untranslated works of Ellul, he embarked on a translation of Ellul’s Islam and Judeo-Christianity which was published in 2015. 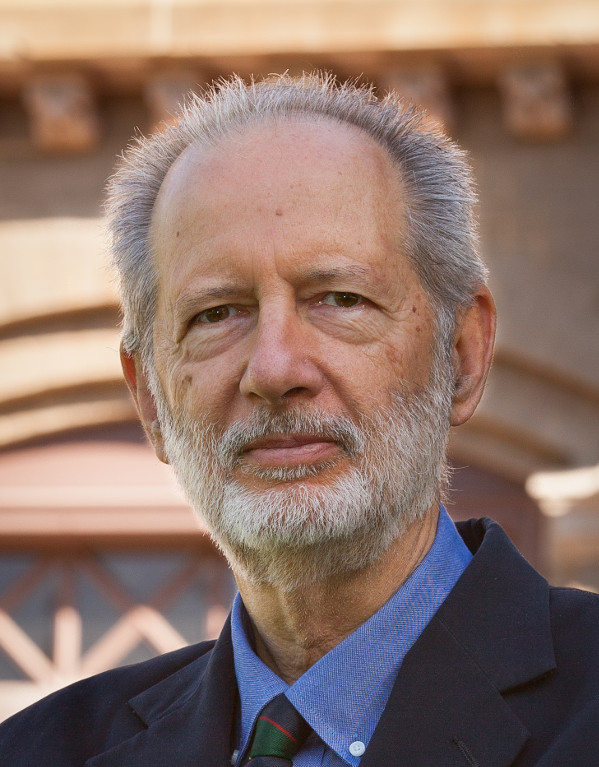 Carl Mitcham is Professor of Liberal Arts and International Studies at the Colorado School of Mines and a professor at the European Graduate School in Saas-Fee, Switzerland. Earlier he served as Director of the Science, Technology, and Society program at Penn State. He is an eminent philosopher of technology, and the author, editor, or co-editor of many works including Philosophy and Technology (1972), Theology and Technology (1984), The Encyclopedia of Science, Technology, and Ethics (rev. 2005), and the standard introduction to the field, Thinking Through Technology: The Path Between Engineering and Philosophy (1994).  He is a founding board member of the IJES. 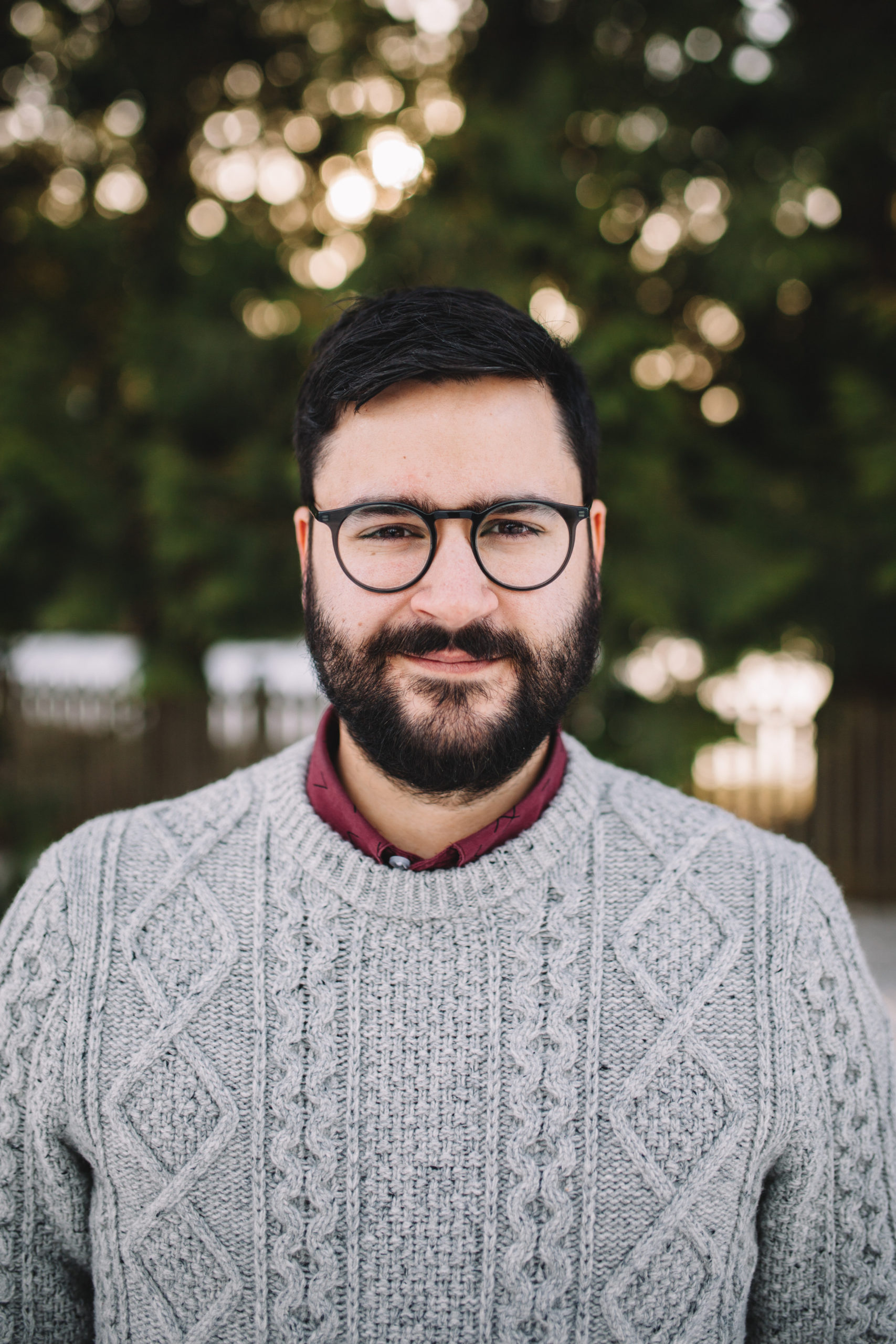 Michael Morelli, PhD, is Assistant Dean of Undergraduate Studies at Northwest Seminary and College in Vancouver, British Columbia. He recently completed his doctorate at the University of Aberdeen, Scotland, which focuses on theology, ethics, and technology in the work of Jacques Ellul and Paul Virilio. Michael studies theological ethics, meaning he is fascinated by the ways God's truth confronts and changes the realities that make up our existence. Prior to his return to the theological academy, he worked in local church ministry, and he continues to serve the church in a lay capacity. He also publishes and presents on a variety of topics within the fields of theology, morality, culture, politics, and technology. 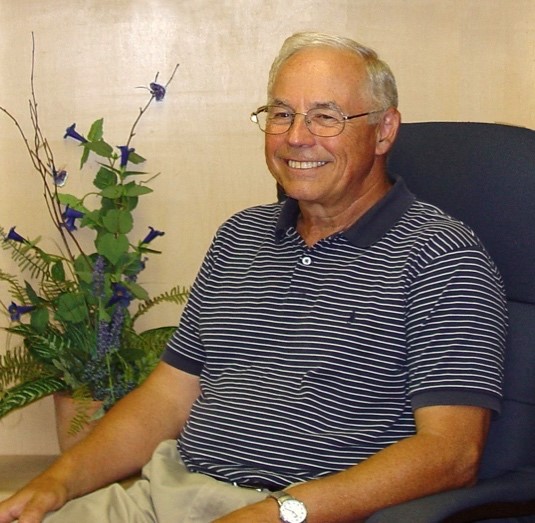 Richard Stivers is Emeritus Professor of Sociology at Illinois State Unversity.  He is the author of many acclaimed critical studies of technology, ethics, and culture such as Evil in Modern Myth and Ritual (1983), The Culture of Cynicism: American Morality in Decline (1994), Technology as Magic: The Triumph of the Irrational (1999), Hair of the Dog (rev. ed. 2000), Shades of Loneliness: Pathologies of a Technological Society (2004), and The Illusion of Freedom and Equality (2008). 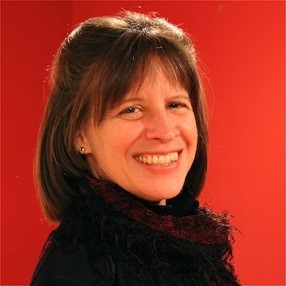 Sue F. Wentworth (Ph.D., Emory University), now a writer living in Cambridge, MA, served for many years as a lay leader and liturgist for St. Mary’s Church (Roman Catholic) and St. Margaret’s Church (Episcopal) in Annapolis, MD.  Prior to this she taught systematic theology as an adjunct professor at Candler School of Theology, Emory, and was Manager of Public Affairs for Cox Enterprises.  Her article “’On the Lookout for the Unexpected’:  Ellul as Combative Contemplative” appeared in the July 2013 Ellul Forum. 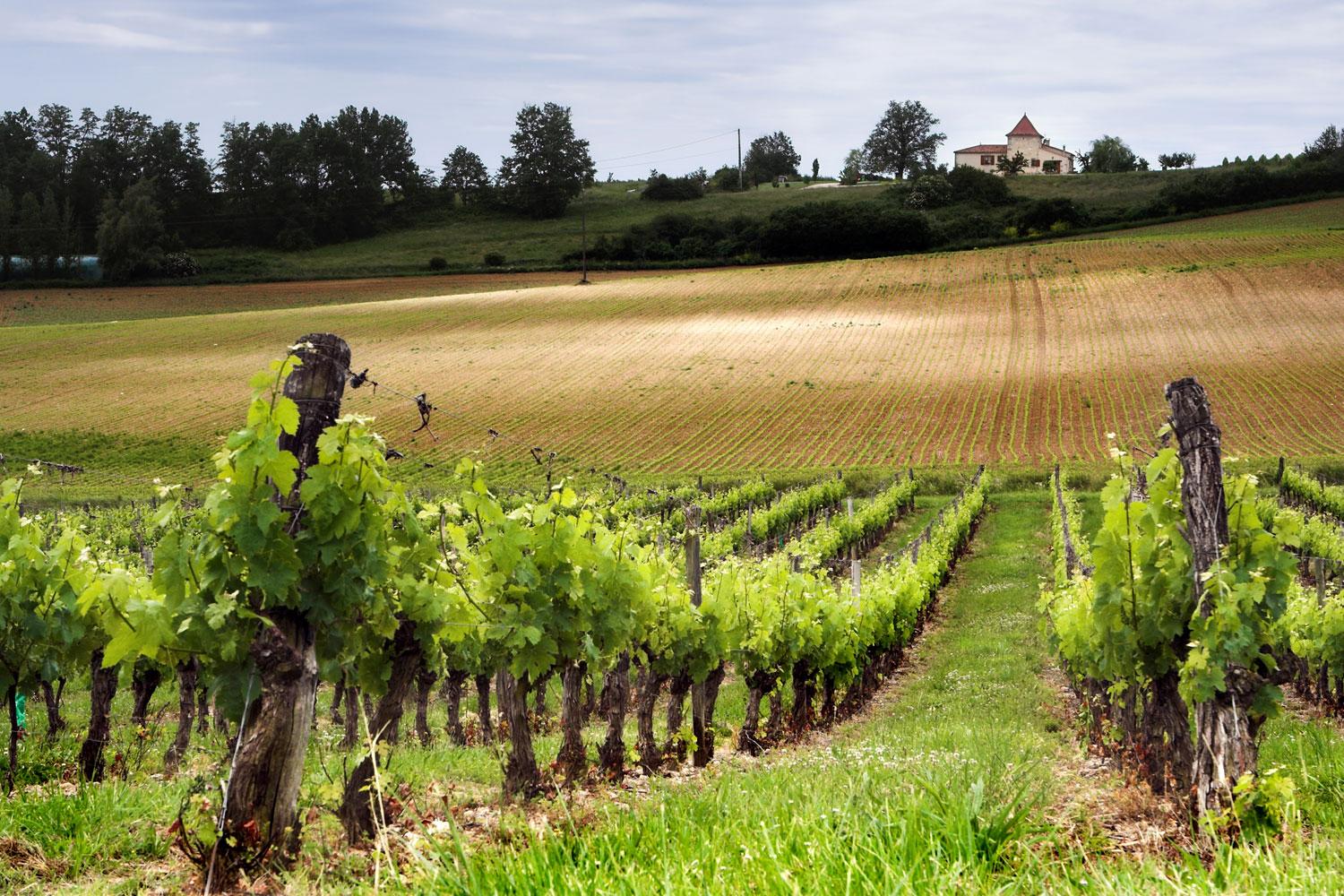 The IJES Advisory Council is made up of English-speaking IJES members from an international scope. Along with providing general support to the Society, these scholars, friends, and associates provide advice and council in response to various reports and initiatives overseen by the IJES Board. They are a vital part of the Society’s team as both ambassadors and advisers.

In Remembrance of Past Members 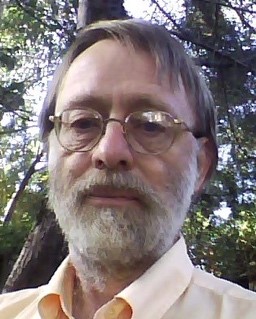 We grieve the loss of our friend and colleague, Ray Downing, who spent about one-third of his professional career as a medical doctor in the USA and two-thirds in several countries in Africa, primarily in the Department of Family Medicine at Moi University in Eldoret, Kenya. Among his books are As They See It: The Development of African AIDS Discourse (2005), Suffering and Healing in America (2006), Death and Life in America (2008), and Biohealth: Beyond Medicalization: Imposing Health (2011). Ray’s approach to medical practice has been shaped not just by Western medical education but by clinical experience among the poor in America and Africa, by biblical and non-Western health and healing, and by biotechnology critics such as Ivan Illich and Jacques Ellul.

Read more about Ray's life, and a review of one of his books.

We were saddened by the loss of our good friend and colleague, Darrell Fasching, who was Professor Emeritus of Religious Studies at the University of South Florida. In addition to serving on the IJES Board for many years as a founding board member, Darrell was the primary instigator and producer of the Ellul Forum which he launched in 1988.  Among his books are The Thought of Jacques Ellul: A Systematic Exposition (1981), and The Ethical Challenge of Auschwitz and Hiroshima: Apocalypse or Utopia? (1993).  A summary of his favored topic of Apocalypse and Utopia is posted in the Theme section of this website.  His book, No One Left Behind: Is Universal Salvation Biblical? (2011), is dedicated to Ellul and offers a biblical defense of Ellul’s vision of universal salvation. 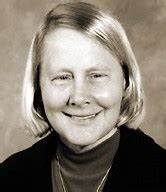 We were saddened by the loss of our good friend and colleague, Marva Dawn, who did her PhD work on Ellul's treatment of the "powers and principalities" and later translated eight of Ellul's essays in the book Sources and Trajectories, first published by Eerdmans in 1997.

Read here a complete Remembrance about Marva by David Gill.