Bernard Charbonneau (1910-1996): An Introduction to His Life and Thinking

“Charbonneau insists that the issues of technoscientific development, of totalitarianism, and of ecological disruption are interrelated.” 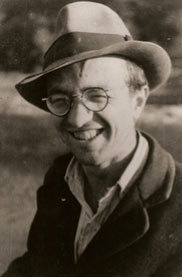 Born and educated in Bordeaux, under the shadow of World War I, the first truly industrialized war, Charbonneau passed his agrégation in both history and geography, but chose not to follow the standard academic career. Instead, he elected employment at a small teachers’ college in order to be able to live a rural life in the Pyrenees. Charbonneau spent almost thirty years of intellectual loneliness in developing his analysis of the socio-economic and environmental costs of modern technoscientific development: what he calls “the great mutation.”

Early on, Charbonneau became convinced that since the time of the war, humankind was experiencing an utterly new phase in its history, one that displays two basic characteristics. First, the Great War (World War I), as a total war, subordinated reality to the logic of industrial and technological imperatives, which require the mobilization of the whole population, resources (industry, agriculture, forests), and space itself. Indeed, the war achieved as well a mobilization of the inner life of the people who, on both sides, were not just affected by the war, but consented to it, thus justifying the anonymous process that would destroy them. The Great War was the first experience of what Charbonneau describes as “a total social phenomenon,” insisting that it does not have to be totalitarian in order to be total.

Second, this great mutation is characterized by auto-acceleration. Human power takes hold of the entire planet at an ever-accelerating pace. This acceleration is a quasi-autonomous process. It is not a collective project, because most of its effects have not been chosen, and there is no pilot, because it simply rushes forward independent of any direct guidance. Technoscientific and industrial development fosters more and more rapid change throughout the world, across all aspects of life, without any respect for cultural meaning or purpose. The result is a radical disruption of society and nature, a state of permanent change.

Charbonneau was convinced that contemporary conflicting ideologies (nationalism, fascism, communism, liberalism) are superficial answers to the problems of industrial civilization; they will not change our daily life, the main reason being that “they all share the same religion of production and industrial organization.” The uncontrolled development of industry, technology, and science is the problem and not the solution. In L’Etat (1987), one of his major books, written during the 1940s but published much later, Charbonneau insists that the issues of technoscientific development, of totalitarianism, and of ecological disruption are interrelated. Charbonneau argues that the modern obsession with production and economic power sooner or later comes into conflict with our need for freedom, because economic and industrial progress can be obtained only by a refinement of the “armature sociale” or “societal frame.” Therefore, “the synthesis between endless progress in freedom and an endless growing comfort is a utopia”. Collective impersonal disciplines, at the cost of personal freedom and responsibility, are the price that has to be paid for economic progress. He describes how the technological and industrial dynamism of liberal society has created the conditions of a total and technocratic organization of social and individual life. In Le jardin de Babylone (1969), he describes how the expansion of human power and of the techno-industrial order into a planetary scale deprives human beings of a harmonious relationship with nature and threatens not only ecological balance but also human freedom. In Le système et le chaos (1990), Since human knowledge is limited, since our goals and behaviors are far from being reasonable — not to say rational — the growth of our technical power results in fatally disorganizing effects on both nature and society.

A historian and a geographer by training, Charbonneau from very early on devoted much energy to identifying and analyzing the multi-dimensional costs of progress and their chaotic results. Since we are building a world of powerful, complex, and vulnerable technologies, we are obliged to anticipate everything — not only about nature, but also about human beings. Hence the development of the social sciences and the proliferation of new kinds of experts and specialists for new bureaucracies. The exploitation of nature and the artificialization of life necessitate technologies for the social control of individual and collective behavior. And since techno-economic development has worldwide consequences, only a worldwide organization, something like a world state capable of managing the whole planet, could avoid ecological and political chaos. Charbonneau warns that the disorganizing impact of technological, scientific, and industrial development on nature and on society calls for a total organization of social life that will compromise human liberty.

Charbonneau’s criticism of industrial civilization is rooted in what we might call a philosophy of incarnation. He considers that man’s vocation does not consist in achieving pure intellectual freedom, in the philosopher’s way. The highest human achievement rather consists in expressing–or embodying–oneself as much as one can in the circumstances of daily life. It is by incarnating itself in the world and in the life of individuals that freedom reaches its highest point, and spiritual values reveal their truth when they inspire our humblest actions, when they give us the power to realize meaning in a natural or social world which does not know meaning. Therefore, the type of relationship which man establishes with the world for practical issues should not be dictated by the sole rules of technical and economical efficiency. Technology and industry should be judged by taking into account all the consequences that result for the person, body and mind, as a whole. Their impact on the sensuous quality of daily life is for Charbonneau a crucial issue that technoscientific thinking cannot take into account.

Charbonneau maintains that an excessive artificialization of the human environment will eventually result in the end of human freedom. This is why human beings need nature. Thus, precisely because they have now obtained the power of artificializing their world, human beings must consciously decide to limit their powers in order to retain a delicate balance between freedom from nature and freedom in nature.

View this Academia webpage with about 20 posted papers and articles