For a complete listing of known articles by Jacques Ellul, go to: 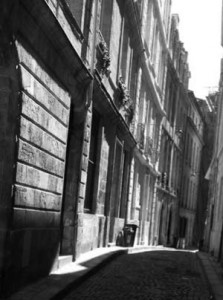 Forthcoming to this site: a full listing of articles by and about Ellul

that will be indexed both chronologically and thematically.

be posted  on this page.  If you are interested in helping to

Jacques Ellul, “The Technological Order.” Technology and Culture 3.4 (1962): 394–421. This special journal edition was comprised of the ‘proceedings’ of the Encyclopaedia Britannica Conference on the Technological Order in Santa Barbara, Calif., 1962. Ellul was not present for the meetings, but his ideas were very much present.

Ellul’s 1962 Article in PDF format. For more historical context of this article, read below. 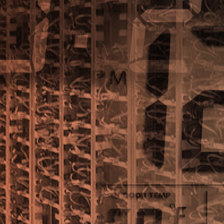 In March 1962, a group of some two dozen experts met in Santa Barbara, California for a week-long conference sponsored by the editors of the Encyclopædia Britannica. The topic of discussion was “the nature of technology and its significance for human affairs.” A partial record of the conference — including papers written for it, reactions to those papers, and reports of the discussions — was published later that year in a special issue of the journal Technology and Culture, in time for the Cuban missile crisis to confirm the topic’s urgency. In the foreword to the issue, the encyclopedia’s publisher (and former U.S. Senator) William Benton wrote that “no one can take the measure of this time without taking into account the social, cultural, economic, and political impact of technology” and that the accelerating speed of technological change “carries with it promise of reward and threat of danger, each in unprecedented array.” And in the introduction, the conference papers’ editor said about modern technology that “if we are to avoid the disasters it lays open to us and take advantage of the opportunities it presents, we must put it in the control of reason.”

But one contributor was highly skeptical of the proposition that rational control of technology was still possible. The French historian, sociologist, and lay theologian Jacques Ellul was not present at the meeting but submitted a lengthy essay, the claims of which became a subject of dispute at the conference. “Technique,” he argued — broadly conceived to include not merely machines and other technical devices but the whole complex of rationally ordered methods for making any human activity more efficient — has outgrown human control, even if we are able to govern individual technologies. This technical complex has taken on a life of its own, threatening human freedom and responsibility and suppressing the necessary conditions under which a solution to this predicament seems possible.

Reactions at the conference to this disturbing argument varied…. To read more, click here.  One scholar who was present at this conference was Aldous Huxley who subsequently went northward from Santa Barbara to deliver his famous “The Ultimate Revolution” speech in Berkeley. He died a year and a half later.
(Samuel Matlack, “Confronting the Technological Society,” The New Atlantis, Number 43, Summer/Fall 2014, pp. 45–64.)