Ellul wanted to think out his life as well as live out his thought. Whether it concerned his religious faith or his analysis of social life, he sought to put his thought into practice by his action within society. These notes do not address Ellul’s actions as they relate to the Reformed Church of France, his professional life at the University of Bordeaux, or the private help or advice he may have given to individual people.

At Martres: After being dismissed by the Petain government from his position of professor in July 1940, Ellul went to live on a farm at Martres, a tiny village 40 km from Bordeaux. His house rapidly became a place of welcome for those trying to reach the free zone [unoccupied France]: Spanish republicans, resisters, Poles, Russians, and Jews on the run, etc. He would help them to get across the line and to obtain false papers. He was also in contact with the French Resistance of the Entre-Deux-Mers region, which was especially active. It is worth noting that the French police and the Gestapo carried out a particularly severe repression in the Department of the Gironde (300 people were shot within a four-year period).

At Bordeaux: Along with several Protestant friends, Ellul participated in an underground network that provided assistance to Jews persecuted by the Nazis. During the raids on Jews, organized by the French police at the instigation of the Gestapo, this network obtained access to the list of those whom the police were planning to arrest the following day. They went to warn them personally, urged them to go into hiding, provided false papers, and directed them to Protestant families who would receive them, primarily in Poitou or in the direction of the Pyrenees. Along with several of these friends, Ellul was posthumously given the title, “Righteous among the Nations.”

At the time of the Liberation, the commissioner of the Republic, Gaston Cusin, requested that Ellul join the municipal delegation of Bordeaux under the leadership of the socialist Fernand Audeguil. This political experiment was short lived (October 31, 1944 to April 28, 1945). Ellul formed the conviction that political action (obtaining positions of responsibility via elections and participating in a party) could not produce profound change in social life. Politicians are elected on a platform, but practically speaking they have little ability to implement it because of their negligible power over the civil service, which acts according to its own technical logic. 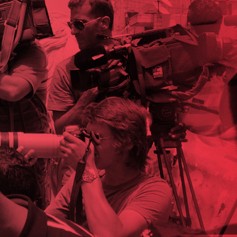 From 1946 to 1955, Ellul led the first cinema club directed primarily toward students, at Bordeaux. As he did later with young parishioners in Pessac in the early 1960s, his approach was to begin with introductory comments, show a film, and then give a ten-minute talk to launch the discussion. The objective was to help young people develop their capacity to critically analyze products of mass communication that are based on the image.

In 1958, Ellul and the teacher Yves Charrier co-founded one of the first clubs for the prevention of juvenile delinquency. They went out into the community, rather than to institutions, in order to meet marginalized young people. Ellul and Charrier worked together until the latter’s accidental death in 1969. Ellul then continued working with a new team until he stepped down as the club’s president in 1977.

Ellul served on the board of directors of Bagatelle, a Protestant nursing home.

Committee to Defend the Aquitaine Coastline: When the State began to mobilize powerful administrative and financial means for the development of mass tourism along the Atlantic coast, which to this point had remained nearly intact, Ellul and his friend Bernard Charbonneau created the Comité de Défense de la Côte Aquitaine in order to stimulate a movement of critique and resistance against the technocratic development plan of the Mission Interministérielle d’Aménagement de la Côte Aquitaine (MIACA) [Intergovernmental Mission for the Development of the Aquitaine Coastline]. They initiated and supported the creation of local committees along the coast, drew up critical analyses of development projects, published articles in the local and regional press, participated in public meetings, and helped the residents to file lawsuits to stop particular projects.

Ecoropa: Along with his friends Edouard Kressmann and Bernard Charbonneau, Ellul participated in the European Ecologist association ECOROPA. In 1979, he contributed to the preparation of an environmental manifesto that was published in six languages: “Une Europe différente: vers une démocratie écologique” [“A Different Europe: Toward an Ecological Democracy”]. Some of the more memorable of its twelve points were: To overcome technocracy and strip it of the privileges it has arrogated to itself to the detriment of citizens, to base European unity on a federation of autonomous regions, and to strengthen Europe’s solidarity with the Third World.

During the 1970s, Ellul led several small groups committed to nonviolence. He lent his support to conscientious objectors and those who opposed the military. He served as a witness in proceedings against draft dodgers that came before the permanent tribunal of the armed forces of Bordeaux.

For a perspective on Ellul’s commitments in the 1930s, read the Theme article on Ellul and Personalism