Technology is not the same as Technique!

The Search for Ethics in a Technicist Society

In order to avoid misunderstanding it may be useful to mention again what I mean by “Technique” – often wrongly called “Technology” (cf. La Technique ou l’enjeu du siècle [1954], Le Système technicien [1977]). What is called Technique can be assimilated neither to the machine nor to a collection of machines, methods and products. No longer a secondary factor integrated into a nontechnical society and civilisation, Technique has become the dominant factor in the Western world, so that the best name for our society is the “technicist society”1. It is on technique that all other factors depend. Technique is no longer some uncertain and incomplete intermediary between humanity and the natural milieu. The latter is totally dominated and utilized (in Western society). Technique now constitutes a fabric of its own, replacing nature. Technique is the complex and complete milieu in which human beings must live, and in relation to which they must define themselves. It is a universal mediator, producing a generalised mediation, totalizing and aspiring to totality. The concrete example of this is the city. The city is the place where technique excludes all forms of natural reality. Apart from the city, the only choices left are either the urbanization of rural areas, or “desertification” (nature then being submitted to a technical exploitation controlled by a very small number of people). This emphasizes again that technique is really the Milieu in which modern humanity is placed. This technical milieu involves, on the human side, a complete re-examination of ancient modes of behavior, or physiological capacities (cf. G. Friedman, Sept études sur l’homme et la technique) 2. On the other side, technique constitutes a system in the strict sense of the term (cf. Bertalanffy), that is to say, an ensemble in which factors are so closely linked together that: 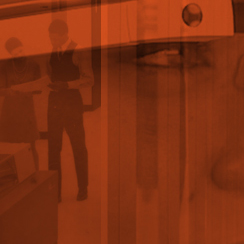 It is thus necessary to consider technique as an ensemble. The characteristics of the technical phenomenon are Autonomy, Unity, Universality, Totalization. Technique obeys a specific rationality. The characteristics of technical progress are self-augmentation, automization, absence of limits, casual progression, a tendency toward acceleration, disparity, and ambivalence. Nevertheless, technique is lacking in one of the essential characteristics found in any organized ensemble, reaction. It is not yet able to control its errors and dysfunctions, to react on its source and modify itself. However, we may now be in the presence of the progressive elaboration of such a reactive capability. The ethical problem, that is human behavior, can only be considered in relation to this system, not in relation to some particular technical object or other. Learning how to use “rightly” or “do good” with such and such a technique does not much matter, since each technique can only be interpreted within the ensemble. If technique is a milieu and a system, the ethical problem can only be posed in terms of this global operation. Behavior and particular choices no longer have much significance. What is required is thus a global change in our habits or values, the rediscovery of either an existential ethics or a new ontology.

Notes: 1 The translation of Ellul’s “Technique,” “technique,” and “société technicienne” have presented problems for all English versions of his work. In this instance we have sought to be more literal than on other occasions when “technique” has been rendered as “technology” and “société technicienne” as “technological society.” 2 The French text mis-titles this volume “Sept essais”.

An excerpt from
A Synopsis and Analysis of the Thought and Writings of Jacques Ellul
by James Fowler
©2000 by James A. Fowler. All rights reserved.

Ellul’s primary explanation of how necessity determines and dominates contemporary society was to attribute such to the methodology of “technique.” He credits his life-long friend, Bernard Charbonneau, as having drawn his attention to “technique” as the most important phenomenon of sociological understanding back in 1935, and notes that had Karl Marx understood this sociological factor, he would have posited “technique” as the thrust of his social dialecticism rather than material inequities.

Many critics have misunderstood Ellul’s diagnosis of the world’s social ills via “technique”, because they have wrongly perceived that he was attacking technology. This is understandable among English speaking readers and critics due to the mistranslation of his books. His most influential sociological book with the English title, The Technological Society, was originally entitled in French, Technique, the Stake of the Century, for example. Technique is not the same as technology; not in French, nor in English.

Ellul’s issue was not with technological machines but with a society necessarily caught up in efficient methodological techniques. Technology, then, is but an expression and by-product of the underlying reliance on technique, on the proceduralization whereby everything is organized and managed to function most efficiently, and directed toward the most expedient end of the highest productivity. Ellul’s own comprehensive definition is found in the preface of The Technological Society: “Technique is the totality of methods, rationally arrived at and having absolute efficiency (for a given stage of development) in every field of human activity.” 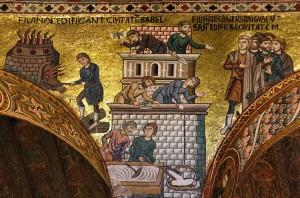 According to Ellul, technique necessarily came into play at the Fall of man into sin. But the place of technique began to change dramatically in the eighteenth (18th) century with the quest for efficient procedures to find the “one best means” in every human endeavor. By the nineteenth (19th) century the bourgeoisie recognized technique as the key to their material and commercial interests. The industrialized technical employment of technique became a monster in the urbanized and technological society of the twentieth (20th) century, “the stake of the century” as Ellul termed it. Technique became the defining force, the ultimate value, of a new social order in which efficiency was no longer an option but a necessity imposed on all human activity. Technique became universally totalitarian in modern society as rationalistic proceduralism imposed an artificial value system of measuring and organizing everything quantitatively rather than qualitatively. Like cancer in a living organism, the systematization of technique pervades every cell of our modern technical and technological society. The subtle illusion of this invasive methodology of technique is that people view technology as the liberator of mankind, the operational instrument that sets them free from natural function. Quite the contrary, says Ellul, “technique enslaves people, while proffering them the mere illusion of freedom, all the while tyrannically conforming them to the demands of the technological society with its complex of artificial operational objectives.”