From Caregiver to Technician: Doctors in the Technological Society 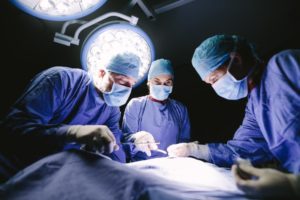 Physician conscience has been at the forefront of medical news over the past few years in North America. With the rising prevalence and legislation of physician assisted death and the ongoing controversy surrounding abortion, many concerns have been raised regarding the role of the physician. If she believes these practices are harmful to patients and inherently wrong, should she be compelled to participate in them?

I am not aware of any North American jurisdiction at this point that mandates physicians to perform these procedures. Recent conscience protection clauses have been set in place in the United States. In Canada, however, jurisdictions like Ontario mandate that physicians refer patients to professionals that are willing to carry out these controversial practices. Many physicians argue that this is a form of coercion against conscience.

These policies are not surprising. Again, Ellul has proven prescient. While not specifically addressing medicine, he noted that to “the degree that technique must attain its result with mathematical precision, it has for its object the elimination of all human variability and elasticity” (The Technological Society, 135).

The same technological mentality that eliminates the worker from the production of goods in a factory applies to the physician. The worker became subservient to the machine, to the technique that produced a desired outcome. The physician, with all his individual thoughts and choices, is replaced by the technician whose sole aim is to produce a particular outcome. Never mind questions of right and wrong. The focus is that man has the “sense of being master of his fate” (The Technological Society, 227). In other words, he can control the body, control death. This is tied, as Ellul noted, to our materialistic conception of the world that has “accustomed us to thinking of treatment in materialistic and immediately utilitarian terms” (Ellul Forum 59, 7). Physicians are the machines that can make these treatments happen.

The desire for mastery currently drives the profession. Once upon a time, physicians and patients had relationships. The former would visit the latter in a home. This was even as the technological society evolved, for the mindset of technique had in its beginning a positive impulse, namely the desire to harness technologies for the benefit of peoples (Charles Taylor, The Ethics of Authenticity, 104). There was an ethic of benevolence in medicine that moderated the impulse to turn the patient into a disease and not a person. Caregiving was primary. Certainly, the past had its own share of problems. But it was not a time when physicians were vending machines.

Conscience is a kink in the system that must be fixed.

The technological society continues to sweep away our basic humanity in its vast currents. Conscience is a kink in the system that must be fixed. And here we see the growth of the totalitarian society. The technological society amounts to the exercise of those with power over those without. This lording-over phenomenon is not itself new, but its justifications have evolved. Mindless physicians are machines, and machines are managed, not reasoned with or respected. And so, totalitarianism becomes rational and even necessary to achieve our desired ends.

We have gone beyond C.S. Lewis’ observation that “Man’s power over Nature turns out to be a power exercised by some men over other men with Nature as its instrument” (The Abolition of Man, 55). We have gone even beyond the application of technique to dominate and master our own psyches (Philip Rieff, Freud: The Mind of the Moralist, 356).  The mindset of technique seeks not to control men by nature but altogether to turn man into a machine. Doctors are the latest in a line of human commodities in the technological society.

(The spring 2017 Ellul Forum journal is devoted to the theme of medicine and medical institutions.)